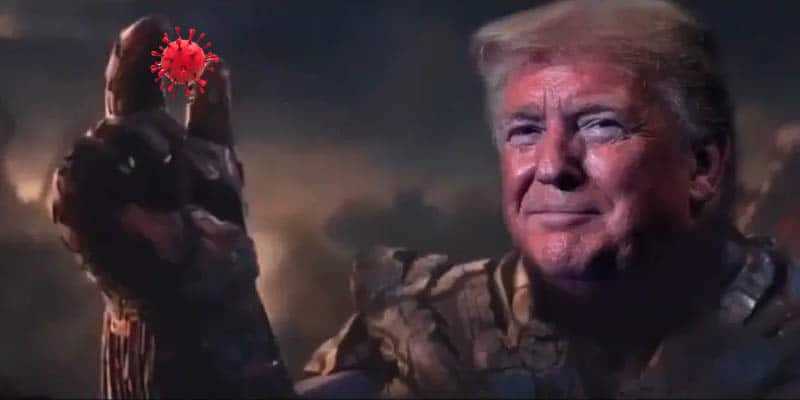 Today is a somber “National Superhero Day” as the United States, and the world continues to endure the fallout coronavirus pandemic.

Although the odds are slim for a “superhero,” like Captain America (a favorite here at Presidential Election Odds), showing up to save the day, the real American heroes have been the doctors, nurses, and workers who’ve been on the front lines since the outbreak began — saving lives, healing the sick, and helping keep supply chains alive have all been vital to helping us reach this point as the light appears at the end of the tunnel for the first time.

Love him or hate him: President Donald Trump is unquestionably the most divisive figure in modern American politics, and the billionaire businessman likely wouldn’t have it any other way since throwing his MAGA hat into the ring back in 2015.

COVID-19, on the other hand, has put a noticeable dent in Trump’s re-election chances as more Americans now disapprove (50.4%) than disapprove (45.9%) of how the President is handling the outbreak in the country, according to the coronavirus opinion polls tracked by FiveThirtyEight.

The state of the US economy on Election Day often plays a significant factor in determining whether a party keeps control of the White House. It’s a safe bet to say that if Trump could “Thanos Snap” anything, it would be the coronavirus, which has since devastated Trump’s first-term growth and causes an economic collapse rivaling only the Great Depression — 26.5 million without work and a real unemployment rate over 20% as the most recent update, according to Fortune.

Former Vice President Joe Biden is the presumptive Democratic Pary nominee now that the primary is virtually over after other candidates were mathematically eliminated.

However, Biden has been installed as the unanimous underdog by the top election betting sites. Still, as April comes to an end and with nearly seven months remaining until November 3, 2020 — Is President Trump’s re-election inevitable?

Trump Re-Election Not ‘Inevitable’ But Favored Over Biden

Remember President Trump’s impeachment? It seems like decades ago, but before that Thanos “I am inevitable” moment in American history when everyone, who wasn’t living under a rock, saw exactly what was about to happen.

And because the Trump 2020 campaign loves making Twitter memes, here’s a “snap-back” to when @TrumpWarRoom stated, “House Democrats can push their sham impeachment all they want. President Trump’s re-election is inevitable.”

House Democrats can push their sham impeachment all they want.

Although Trump’s acquittal from the GOP-majority Senate was unquestionably going to happen, with oddsmakers universally giving “less than one percent” chances of removing No. 45 from office throughout the entire impeachment trial.

For the 2020 presidential election: Trump’s re-election isn’t “inevitable” — but Vegas online sportsbooks and prediction betting markets around the globe agreed the incumbent is favored against Biden on Tuesday, November 3.

According to Bovada Sportsbook, a $120 bet on Trump -120 would win $100 if the sitting President is elected to a second term in office. Based on the converted implied probability with vigorish removed, oddsmakers give Trump an approximately 54 percent chance to win re-election as of April 28, 2020.

For Biden +120, who is down from the +115 line on Monday, a wager of $100 would return an additional $120 if the former VP pulls off the upset. As the Democratic challenger for the head-to-head bout, Bovada’s 2020 general election futures indicate, Biden has a 45 percent probability of beating Trump.

Also: Barring any last-minute swaps or late-entries, all other potential 2020 presidential candidates have a combined one percent chance to win the White House.

While Joe Biden may be the underdog, he’s certainly far from a “longshot.” However, it’s worth noting the 2020 Democratic nominees’ chances are not better than Hillary Clinton’s 60-70% betting odds at sportsbooks heading into Election Night 2016 vs. Donald Trump.

Currently, Trump’s re-election in 2020 isn’t inevitable — but it’s more than likely going to happen. And with the matchup now set vs. Biden, even the Ivy League and Harvard Law professors are starting to notice how overwhelming favored the President’s chances are across virtually every reputable betting site in the world.

In Infinity War, Dr. Stephen Strange, Peter Quill and Tony Stark (Iron Man) famously have the following conversation after the doctor sees the future and millions of outcomes against Thanos:

Strange: “I went forward in time… to view alternate futures. To see all the possible outcomes of the coming conflict.”

Quill: “How many did you see?”

With numerous Democrats endorsing Joe Biden recently, including the big one from President Barack Obama, it appears the path toward the Democratic nomination now sets up the “inevitable” matchup vs. President Donald Trump.

Despite this, there are numerous reasons to believe the Democrat’s current choice may be a bit shaky given recent gaffes and serious allegations made against the former VP.

The Democratic Party has a cloudy future at this present time, and although “America’s best bet for President” may be out of the race, nothing is preventing a candidate from coming back and receiving the nomination via a brokered convention.

If a nominee swap is legitimately on the table, then the establishment, pundits, and media should know that Bernie Sanders’ now “1 in 14 million” odds might be the Democrats: Endgame — their last and only chance to “snap” President Donald Trump away from the White House on Election Day 2020. 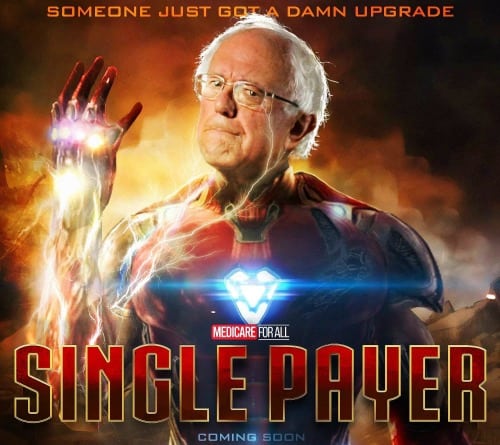