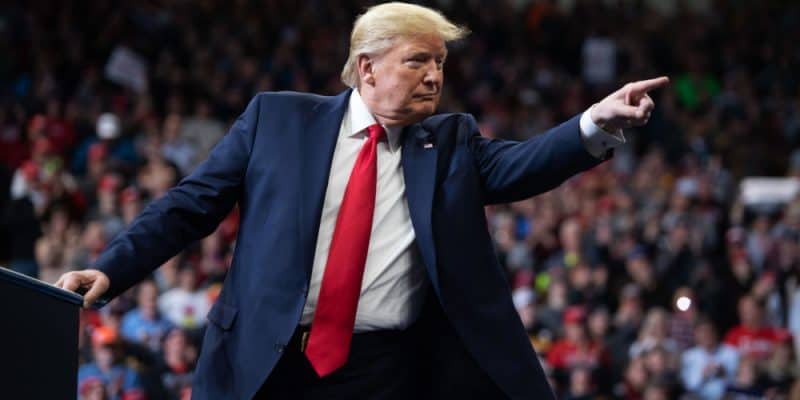 You know something is a safe bet when even the political betting sites will no longer accept wagers on an outcome.

But this appears to be the case with President Donald Trump’s removal from office odds via the impeachment trial currently still being held in the U.S. Senate.

After Trump’s impeachment betting odds paid out back in December when the U.S. House of Representatives voted in favor, along party lines, of the two articles of impeachment—abuse of power and obstruction of Congress—oddsmakers put out new odds on whether the Senate would eventually convict the President of the charges brought forth.

Despite favorable odds given for Trump’s impeachment by the Democrat-majority House, the odds of the President getting convicted and removed from office by the Republican-controlled Senate were slim to none.

However, once the Senate impeachment trial got underway, only Bookmaker.eu kept odds on Trump’s removal up—but only for a short time.

As of Jan. 26, 2020, no political betting site would accept bets on whether the Senate acquits or convicts Trump since getting 67 votes, meaning 20 G.O.P. Senators would need to side with Democrats, became virtually impossible in the eyes of oddsmakers.

Here’s a look at the only remaining Trump’s impeachment odds before they were taken down while the Senate impeachment trial was still underway.

Will The Senate Remove President Trump From Office?

When converted to a true probability, we can see that the Bookmaker.eu oddsmakers believed there was a 98.40% chance that Trump would not be removed from office via the impeachment trial, giving his conviction only a 1.60% chance.

How Many Senators Will Vote to Remove President Trump From Office?

An over/under on how many Senators would vote to remove Trump was also available at the same time but was removed last weekend due to a 53-47 vote becoming essentially a foregone conclusion to the President’s short-lived impeachment trial.

Odds for the 2020 presidential election have remained available for action throughout the entire process, and oddsmakers unanimously believe the impeachment trial has actually increased Trump’s probability of winning a second term.

Below is a look at the current odds for all the 2020 candidates. With the Senate impeachment trial all but D.O.A., it appears the Democrats couldn’t stump the Trump (yet again) and will need their eventual nominee to act fast and come up with a plan overcome the inevitable impeachment loss if they want a chance at dethroning Trump on Nov. 3, 2020.