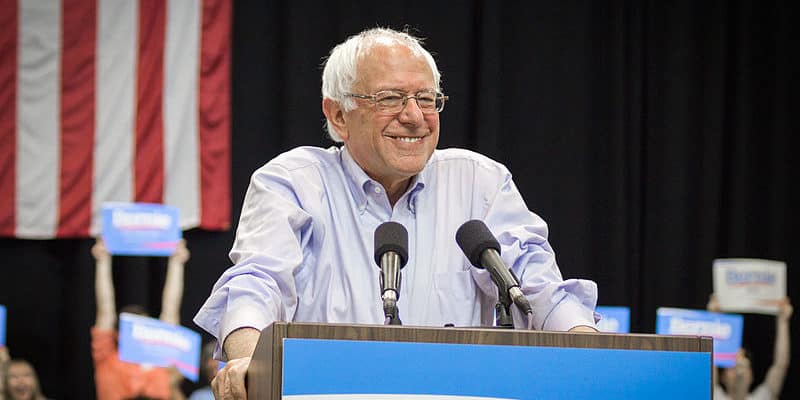 With Bernie Sanders’ chances of placing first in the Iowa Caucuses steadily increasing over the past two weeks, the U.S. Senator from Vermont may have the second stop in the primary already in the bag.

The opening New Hampshire betting odds released this week, and Sanders is the heavy favorite to win the second state scheduled for the 2020 Democratic presidential primary.

Despite being the second state to cast votes, the New Hampshire primary is the first official election since Iowa uses a caucus format. With that in mind, let’s take a look at the Democrats’ odds to win the NH primary election.

When converted to a percentage chance to win, we can see that the oddsmakers believe the Senator has an approximately 59.18% implied probability of winning the second primary state.

To put that in perspective, Sound Bend Mayor Pete Buttigieg is listed in second and opened with +255 odds ($100 bet wins $255). After converting to an implied probability, Buttigieg has a 28.17% chance to win New Hampshire—less than half of Sanders.

And the gap between Sanders and other Democrats widens even further after Buttigieg.

Yang, Klobuchar, and Gabbard have a good chunk of ground to catch up to the top four in New Hampshire—even more so to nip the heels of Sanders. However, you could label those three candidates as the “dark horses” of the NH primary.

According to the NH polling average at RealClearPolitics, the aggregate comes close to mirroring the opening betting odds. Here’s a look at the percentage of support each candidate is currently receiving from likely voters.

A lot can happen before the New Hampshire primary election is held on Tues., Feb. 11, and even though Sanders doesn’t have a huge polling lead compared to his NH betting odds, you have to remember that he won this state in 2016 and losing it next year would require a significant collapse on his part.

Every eventual Democratic nominee since Iowa Caucuses began in 1972 has won either Iowa or New Hampshire, and Sanders has the potential to capture both states as 2019 comes to a close.

However, when looking at the 2020 Democratic nomination odds, Biden is the party favorite at +300 odds, indicating he has a 25% of becoming the eventual nominee.

With strong support in Nevada, South Carolina, and the bulk of Super Tuesday states, Obama’s former VP will need to overcome history since he is not favored to win either of the first two stops in the primary.

There are 45 days to go until the first votes are cast in Iowa, and 53 days until New Hampshire, and it’s still any candidates race to win or lose.

But with the most loyal base of supporters, highest fundraising numbers, and polls trending up, it appears Sanders may be surging at just the right time.