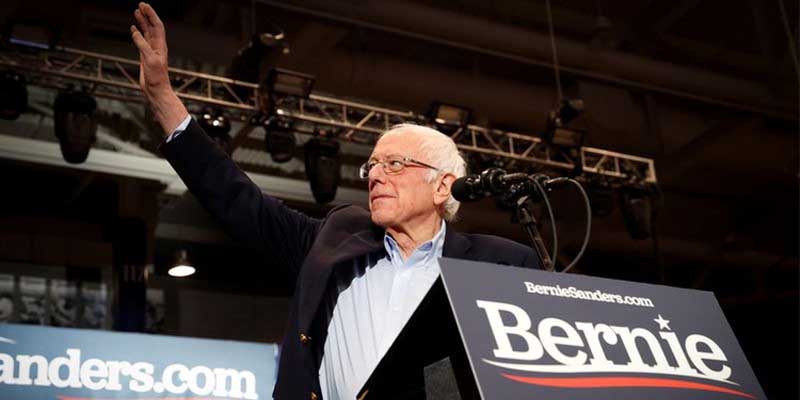 With the Iowa Democratic Caucastrophe now finally behind us—except not really since there will be at least a partial recanvass—we can now turn our attention to a real election, where the candidate with the most votes wins (a ludicrous concept, I know).

The New Hampshire primary election, the second stop on the road to the 2020 Democratic presidential nomination, got underway at midnight with a handful of votes cast in three small towns. All polls are expected to begin closing at 7:00 pm ET.

Vermont Sen. Bernie Sanders is the heavy favorite to win the state, according to the NH primary election betting odds from the oddsmakers at Bovada Sportsbook.

Sanders’ odds of winning are listed at -600 ($600 bet wins $100), which means the Vermont Senator has an approximately 85.71% implied probability of winning New Hampshire before the results are fully reported later this evening.

Coming in a distant second are the betting odds for Pete Buttigieg. The former mayor of South Bend is currently listed at +425, which gives him roughly a 19.05% chance to win before removing vigorish.

After Sanders and Buttigieg, the odds begin to get significantly longer for the third candidate. Minnesota Senator Amy Klobuchar checks in at the number three spot with +2000 odds, which gives her only about a 4.76% chance to win.

The massive difference between Sanders’ percentage chance to win and his next closest challenger is the result of the Vermont Senators’ strong polling in the neighboring New England state.

According to the New Hampshire polling average at RealClearPolitics, Sanders holds a comfortable 7.4-percentage point edge in the state he won during the 2016 primary. Here’s a look at the top polling candidates from the most recent opinion surveys conducted in the Granite State.

Who Will Be The Democratic Nominee?

Winning tonight’s NH primary will significantly boost the odds of becoming the Democratic nominee for whichever candidate comes out on top.

Currently, Sanders is the odds-on favorite to win the 2020 Democratic presidential nomination and is listed at +130, giving the frontrunner a roughly 43.48% chance to face Donald Trump in the general election.

Slowly but surely, ticking upward are the betting odds for Mike Bloomberg. The former mayor of New York City is currently listed at +275, which gives him a roughly 26.67% chance to win despite not appearing on the ballot for the four early primary states.

Oddsmakers and the betting public continue to see value on his strat to focus on Super Tuesday and bombard those states with commercials. Bloomberg has now surpassed $300 million in ad spending, but whether his risky pocket-change wager will pay off remains to be seen.