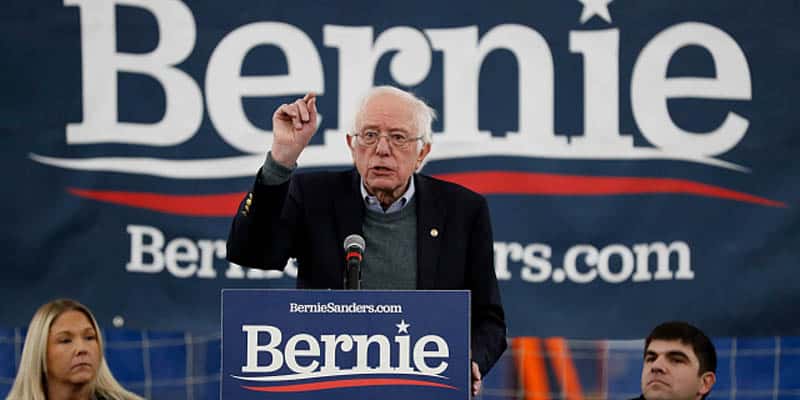 Sen. Bernie Sanders, despite criticism over his leftist ideology, is one of the Democratic Party’s most popular candidates. Narrowly missing out on the party nomination in 2016, the Vermont senator is in solid position to get the nod in 2020.

Normally a top-four White House hopeful based in the political betting odds, Sanders is currently in second with +425 chances. He only trails former Vice President Joe Biden and his +275 odds.

Sanders has had a steady climb over the last couple of weeks. Less than two weeks ago, Sanders and South Bend Mayor Pete Buttigieg were tied with +450 odds. Today, Buttigieg is still at +450 but he is now tied with Sen. Elizabeth Warren at third.

But what has caused Sanders to surge recently? A few things, actually. For one, Sanders is sticking up for Major League Baseball’s minor league teams. The stance is stealing headlines in politics and baseball simultaneously.

It would destroy thousands of jobs and devastate local economies.

However, it appears Sanders’s letter did not do much to persuade Manfred. Over the weekend, Sanders tweeted that the MLB was doing the “exact opposite of negotiating in good faith.”

I’m outraged, @MLB. Threatening to walk away from the entire minor league system is the exact opposite of negotiating in good faith. pic.twitter.com/sSFcGO0KGc

Another reason for Sanders’s prolonged popularity is his support from younger Democratic voters. But ironically enough, the 78-year-old Sanders is only polling at 2% with voters over 65.

The Bernie camp is aware of the need for older voters ahead of 2020. Campaign manager Faiz Shakir said that they have made a greater effort to reach seniors in the last three months and hope to earn support that might go to other candidates.

Sanders has caught his second wind since his heart surgery in October. After key endorsements from Squad members Rep. Alexandria Ocasio-Cortez, Rep. Ilhan Omar, and Rep. Rashida Tlaib, coupled with his strong base of support, Bernie could be the one to beat in 2020.

For a comparison of Sanders’s nomination odds versus the rest of the Democratic field’s, a list is below. Converted to percentages, Biden has a 26.67% chance of winning the nomination and Sanders has a 19.05% chance.