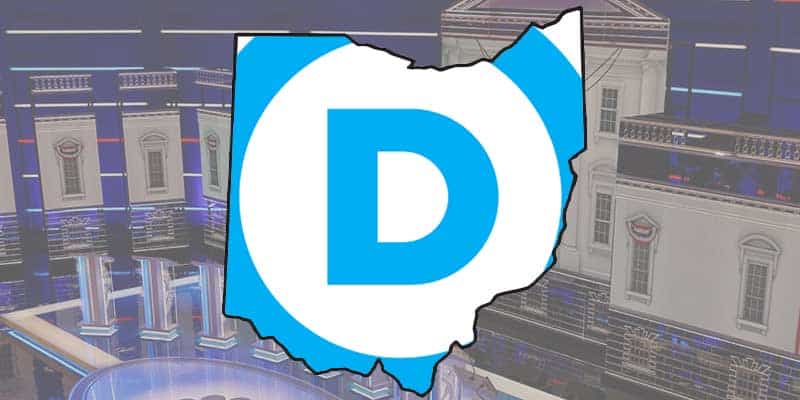 The third Democratic presidential debate in September 12 is still another week away in Houston, Texas. Nevertheless, the Democratic National Committee has released information regarding the fourth debate in October.

Reported first by Reid J. Epstein via Twitter, the debate will be October 15– and October 16, if necessary– in a to-be-determined Ohio locale. The deadline to qualify for the debate is October 1 at 11:59 p.m. ET.

NEWS: The DNC has informed the presidential campaigns the October debate(s) will be Oct 15 (and if necessary Oct 16) in Ohio. The poll/donor deadline is 11:59pm Oct 1.

In order for the Democratic candidates to qualify for the fourth debate, the requirements are the same as the third debate thresholds: 2% support in four qualifying polls and 130,000 unique donors.

The DNC also announced that the ten candidates that qualified for the third debate automatically qualify for the fourth debate.

If no other candidates can meet the requirements by the October 1 deadline, the same ten in Houston will be the only ones on stage in Ohio, too. The Democratic hopefuls that qualified for Houston, along with their odds to win the Democratic nomination, are as follows:

Without any new requirements added to the Ohio debate thresholds, a couple of candidates that didn’t make the Houston debate could make the stage in the fourth debate.

Billionaire Tom Steyer (+10000), whose main focus was to qualify for the third debate but barely missed the mark, could earn the eleventh spot for next month. Steyer was able to get over the 130,000 donor requirement but only reached 2% in three qualifying polls.

Rep. Tulsi Gabbard (+4000) has a chance to make the fourth debate, as well. Like Steyer, Gabbard surpassed 130,000 donors, but could not get the necessary polls. However, with an extra month to bump her numbers, the Army Major could get 2% in the last two polls she needs.

It’s possible Sen. Kirsten Gillibrand could have qualified for the fourth debate after missing the third’s requirements, but the Albany native decided to drop from the presidential race. Another longshot could take her spot, though.

Author Marianne Williamson (+10000) only has one qualifying poll under her belt but has met the donor requirement. It wouldn’t be too outlandish for Williamson to qualify: Oprah’s spiritual guru has the same odds as Steyer to earn the Democratic nomination.

After not having a Democratic debate in August, the next five weeks will be action-packed. With the third debate next week, the deadline to qualify for the next debate two weeks after that, plus the Ohio debate one month after the Houston debate, candidates will be in high gear.

To compare the remaining candidates and their odds, a list is below.