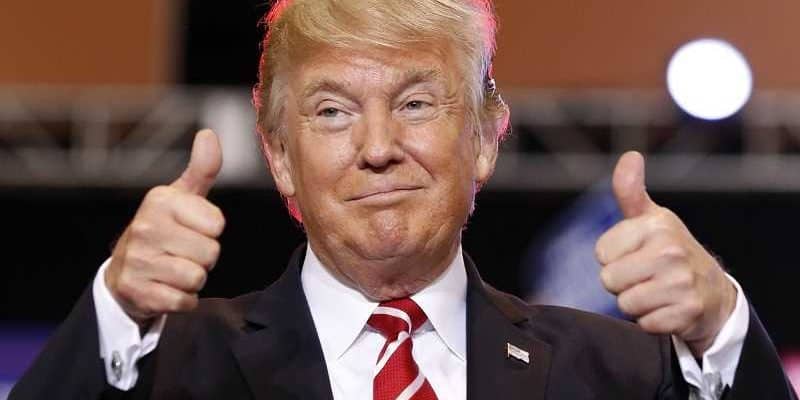 Sometimes betting is all about calling bluffs.

In a likely “tell” of Donald Trump’s Senate trial outcome, after the first day of hearings in the upper chamber yesterday, a vote was held to determine the constitutionality of continuing impeachment proceedings against a private citizen.

As an impeachment and its ensuing trial are specifically designed to remove a public servant from office, it is likely unconstitutional to try a private individual in this context.

The final vote was 56-44, with the following Republicans joining their colleagues across the aisle:

If you’ve been paying attention, you are no doubt aware that Bovada has had US Senate betting lines posted regarding how many Senators would vote to convict the former president on “incitement” grounds after he made this statement on January 6:

“I know that everyone here will soon be marching over to the Capitol building to peacefully and patriotically make your voices heard.”

Now, regardless of your personal feelings about the former President, there is no rational or logical way to frame the above words as incitement to riot, incitement of rebellion, incitement of violence, or incitement of anything else except the peaceable exercise of every American’s first amendment rights to free assembly.

But we digress, as the merit of the case – just like last time – plays second fiddle to the narrative of the case.

Of course, for US political bettors, even that is functionally irrelevant.

What matters here are the odds and whether or not you can find a betting edge with the new information presented at the top of this article.

And we believe you can!

As of the time of this writing, the odds at Bovada on Senate conviction look like this:

How many US Senators will vote to convict Donald Trump on incitement charges?

Amazingly, yesterday’s vote – which saw six GOPers side with the left – has not moved the lines an inch.

Given that “55 Or 56” was the favorite, and given that exactly six Republicans voted to carry on with the trial, we would have expected the lines to move dramatically, with the favored outcome dropping into the negative.

But that hasn’t happened, which means that if the final vote to convict is in line with yesterday’s vote to continue, you stand to make a pretty penny.

However, that’s not actually the line we like best.

Remember, this is politics and political theater, after all.

There’s a very good chance that at least two of these pols – most probably Ben Sasse and Bill Cassidy – will eventually vote to acquit Trump.

Sasse and Cassidy represent Nebraska and Louisiana, respectively, and both states are heavily in Trump’s corner.

Neither Sasse nor Cassidy – both in just their first terms as US Senators – likely wish to commit career suicide, and by voting to carry on with the Senate trial, they have an out when they later vote to acquit.

“We wanted to see the trial through in good faith so the prosecution would have the chance to present its evidence and the defendant would have a chance to respond to his accusers. This process is the foundation of all American jurisprudence.”

That’s where we’re putting our money, and if you like our rationale, that’s where you should put yours, too.