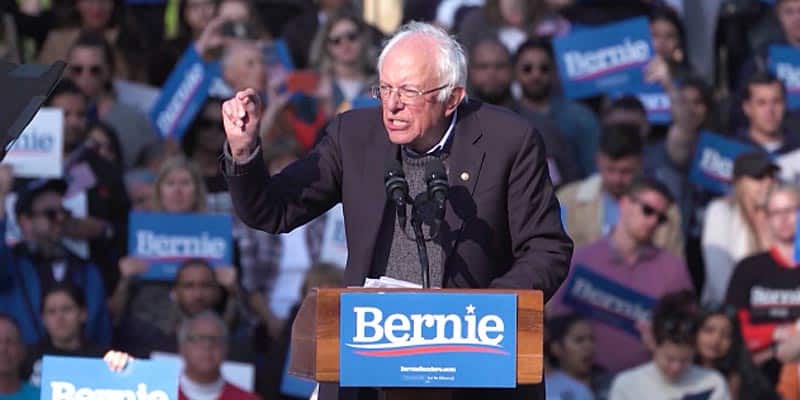 It was just Friday when we reported that Sen. Bernie Sanders was on the heels of South Bend Mayor Pete Buttigieg in Iowa. Today, Sanders is now the state’s Democratic caucus favorite.

According to the political betting odds, Buttigieg entered the weekend with +154 chances of winning the Iowa caucus, followed by Sanders at +160. But as of today, oddsmakers favor Sanders at +150 with Buttigieg now in second at +167.

The resurgence of Sanders and his White House chances has been prolific over the last few months or so. First, following his heart attack in October, the Vermont senator received the endorsements of Alexandria Ocasio-Cortez (D-NY), Ilhan Omar (D-MN), and Rashida Tlaib (D-MI), three members of “The Squad,” that helped revitalize his campaign.

Then, during this month alone, Sanders has risen to overtake the top spot from Buttigieg in the Iowa caucus odds while also opening as the favorite in New Hampshire caucus.

Michael Ceraso, the former New Hampshire director for Buttigieg’s campaign, said that Sanders’s success comes from his status as an institutional figure, much like the poll/odds-leading Biden.

“If you really think about it, Bernie hasn’t been hit a lot with anything. It’s not like he’s getting hit by other campaigns,” Ceraso said. “You sort of take for granted that he, like Biden, are institutional figures.”

“Early in the campaign, Bernie’s people said, ‘Look, this guy in these early states has a nice hold, and there’s a percentage of supporters,” Ceraso added, “It waned a little bit because people were looking at other options … and now they’re saying, ‘Wait a minute, this guy has been the most consistent of anyone.’”

Although Sanders is the favorite in Iowa and New Hampshire, he still has work to do throughout the rest of the country. Biden is currently leading the polls, including 30 points in the latest Economist/YouGov poll released Christmas Day, while also holding the top spots in the Democratic nomination odds.

Odds to win the 2020 Presidential election