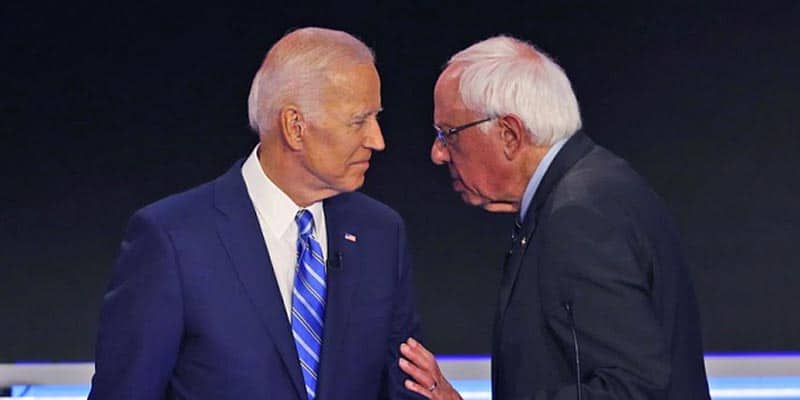 Favorites Biden, Sanders Must Get Through Each Other Before Trump In 2020

Maybe some people have forgotten that Sen. Bernie Sanders was almost the Democratic nominee in 2016 before losing to Hillary Clinton. Trying again this time around, Sanders is currently surging in numbers as 2019 comes to an end.

However, not only is President Donald Trump favored for reelection next year, but former Vice President Joe Biden still leads Sanders in the polls and the odds.

As of right now, Trump’s election odds in 2020 top the list at -120 chances. Despite being impeached just last week, Trump’s reelection chances are some of the best he has had in the past couple of months.

Biden, on the other hand, has remained one of the Democratic nomination frontrunners since announcing his candidacy in April 2019. Biden’s 2020 election odds are currently second to Trump at +500.

Despite the weird moments and unusual gaffs, Biden also leads all Democrats in the polls.

According to the Economist/YouGov poll from Christmas Day, Biden clocks-in at 30 points. This is 11 more than Sen. Elizabeth Warren and 13 more than Sanders. The December 24 Morning Consult poll has similar numbers: Biden at 31 and Sanders at 21.

Last week, we reported that Sanders was gaining on South Bend Mayor Pete Buttigieg’s favorable odds in Iowa and the fact that Sanders is considered the favorite to win New Hampshire during their primary.

But now others are starting to take notice of Sanders’s chances at the White House.